For a lot of my research I have concentrated on primary sources likes parish records and census information. However from time to time I look into newspapers which were published around the time of significant family events. Emanuel was my two times great grandfather and his family has been particularly difficult to research as both his first name and surname have been be spelt in a variety of ways in different records.

While I was trying to find out more about him and his family I came across the following report in the Yorkshire Gazette dated 5 June 1886:

Further research enabled me to find the record of his inquest which was held on 3 June 1886, by the coroner Mr Maitland, at the Hare and Hounds inn in North Duffield. It also recorded his age as 72 years and this was picked up by the above newspaper report.

Emanuel was born on 7 May 1812 in North Duffield and baptised in St Helen’s Church, Skipwith on 12 May 1812. His parents were Michael Barrett (1769- 1854) and Jane Laverack (1768-1817) who together had at least nine children. Emanuel’s baptism record also provided information about his father’s occupation as a labourer and details of his grandparents: John and Mary Barrett and William and Elizabeth Laverack. 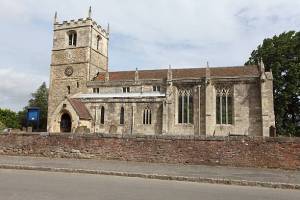 Emanuel married Mary Howden nee Ireland (1817-1896), a widow, on 3 September 1849. Emanuel and his father Michael were both described as labourers. Mary’s father name was given as Thomas Ireland, also a labourer. Both Emanuel and Mary were “of full age” and residents of the parish of North Duffield at the time of their marriage in St Helen’s Church, Skipwith.

In the 1851 census Emanuel, a farm labourer, and Mary were living in North Duffield with Mary’s daughter Hannah Howden (born  about 1842). It also looks like one of his brother’s Michael (1804-1868), also a labourer, was living nearby with his wife Harriet Rook (born 1808), her mother Mary Rook (1770-1852)and two nephews: William and John Rook. Interestingly, by the 1881 census Harriet was described as a schoolmistress.

Emanuel and Mary had at least four children in addition to Hannah Howden. The family continued to live in North Duffield and in the 1881 census Emanuel is still described as a farm labourer. Brief biographies of their children are as follows: 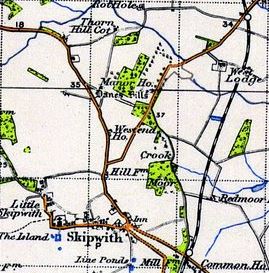 It does seem that Emanuel and Mary acknowledged Mary’s birth family by using her surname as the middle name for two of their sons. Also descendants of their son William did continue to occupy and farm Manor Farm, Skipwith at least until the 1960s; I remember visiting them with my father when I was child. If you have any information about any of the people I’ve mentioned in this story then do please contact me.