It is quite some time since I last wrote about my genealogical investigations into my family. The last year has been taken up with the diploma year of my course. I decided that over the summer I would see what genetic genealogy could contribute to my own research. I took an autosomal test sometime ago and haven’t been able to establish how some of my matches are related to me. Many of them are based in the USA and share very little DNA with me. At best they are 2nd cousins and at worst 5th cousins and beyond.

I have recently taken an autosomal test with another provider who has a much larger database of testers. In preparation for finding more distant cousins I’ve been working on parts of my family tree which have been somewhat neglected. The person I chose to follow up was my great grandfather Digweed whose family originally came from Berkshire. This has proved to be a bonus as I have found ancestors in both Berkshire and Buckinghamshire. Both counties are close to where I now live in Oxfordshire. 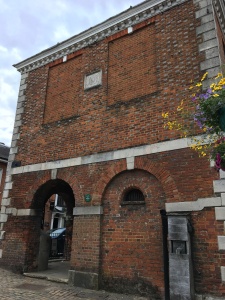 The first person of interest in Berkshire is Ashley Bellinger (born 1849) who, was the game keeper to Mr W W T Drake of Shardeloes, Amersham. He is my third cousin three times removed. The Drake family held the title of ‘Lord of the Manor’ of Amersham from about 1637; previously Shardeloes had been owned by the Tothill family. William Drake (1650-90) built the Market Hall in Old Amersham in 1682 and another William (1723-96) remodelled Shardeloes from 1758-1766.

Ashley continued to be game keeper to the Drake family until at least the 1901, census although he disappears from the records some time after his son George died in 1902. George (1876-1902), my fourth cousin twice removed, was a police constable with the London Metropolitan Police when he died of influenza and pneumonia in 1902. He was buried in Amersham on 28 June 1902. 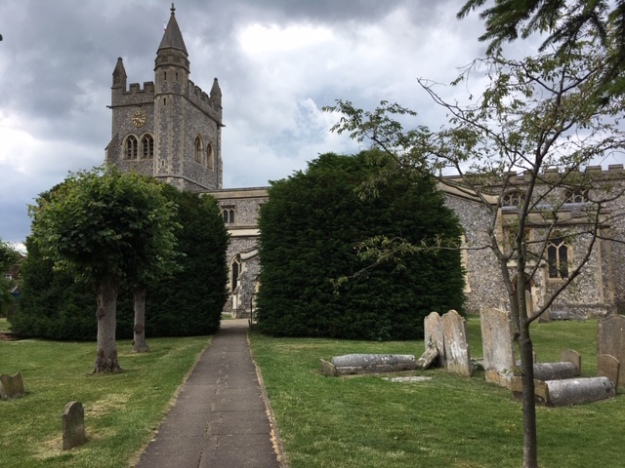 Ashley’s father George (1806-1890) was a publican who in 1881 ran the Fury Bush Inn in Kingsclere, Hampshire. In 1871 he had recorded his occupation as a game keeper. George and his siblings had been born and baptised in the chapelry in Greenham, Berkshire. 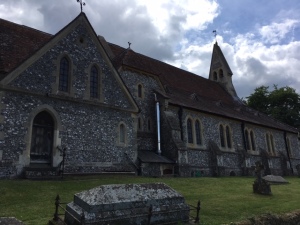 One of George’s sisters, Ann (born about 1804), seems to have married the same man, Ashley Cowper Croft, twice. The first marriage took place at Gretna Green on 20 July 1819 and they married again in Arundel, Sussex on 26 June 1820. Her husband Ashley became an articled clerk in Arundel on 30 May 1820 and was admitted to Gray’s Inn on 5 May 1823 when he was described as the fourth son of James Croft of Greenham Lodge, Berkshire. Ashley was living at Priestwood Lodge, Greenham when he died in 1833 and left a straightforward will leaving everything to his wife Ann.

These are just a few members of the Bellinger family who I’ve discovered as part of my research into more distant cousins, in preparation for the results of my autosomal DNA test. Of course the results from that came in earlier today and it seems that it’s the Ellis side of my family I now need to do some more work on!

I am also in the early stages of a one name study on the surname Sarginson. You can view it by following this link https://sarginsonfamily.com/
Loading Comments...