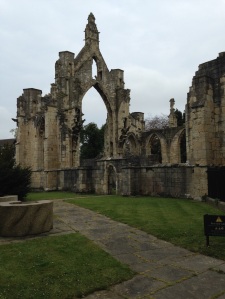 Thomas King was the eldest son of Thomas King and Elizabeth South. He was baptised on 5 March 1813 in Howden, Yorkshire. Thomas had 10 siblings: three sisters: Roseanna, Elizabeth and Sarah and seven brothers: John (my three times great grandfather), William, Robert, Henry, South, James and George. Thomas did not stay in Yorkshire like his parents and siblings; he was convicted and transported to Van Diemen’s Land (now Tasmania) and what follows is a timeline of the key events in his life.

A visit to the archives at Beverley found the details of his probable first offence for stealing (QSF/498/B/6). On 3 December 1831 Thomas King of Howden labourer was charged with the felony offence of stealing two pounds in weight of bread of the value of two pence; the goods and chattels of John Windass; an offence to which Thomas pleaded not guilty. He was found guilty on 3 January 1832 and was “ordered to be confined in the Howden correction and kept to hard labour for the space of six calendar months the last two weeks of the period to be solitary confinement”. The witnesses were John Windass, James Campbell and John Palmer. The crier was W Burrell.

Thomas was then convicted of a further felony offence on 6 July 1833 (QSF/501/B/12). The quarter sessions record includes the following phrase about his previous one: “and which said conviction is still in its full force, strength, and effect, and not in the least reversed, annulled, or made void”. Thomas pleaded not guilty to stealing five hens of the value of five shillings, the goods and chattels of John Carter. At the Michaelmas sessions on 15 October 1833 he was found guilty and “ordered to be transported beyond the seas to such of the Colonies as his Majesty by the advice of his Privy Council shall direct for the term of seven years”. Looking at it now this seems a very harsh sentence, although I was later to discover that this was his third offence and that it was common practice for people to be transported on their third one. The witnesses were: Thomas Carter, Thomas Stephenson, William and Mary Duesberry and David Berry. The crier was W Burrell. 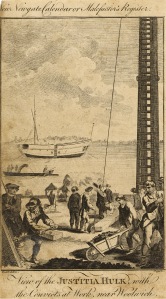 After his trial, on 9 November 1833, Thomas was received onto the prison hulk Justitia which was moored at Woolwich, London. He was one of 280 convicts transported on the Australian convict ship the Norfolk which left England on 4 July 1834. However, all the convicts on board this ship were transferred to the Lady Kennaway in Cork in September 1834. This ship eventually left for Australia on 27 October 1834 and arrived in Van Diemen’s Land (Tasmania) on 13 February 1835; a voyage of 109 days. Whilst on the voyage the ship’s surgeon Thomas Bell recorded Thomas as healthy and he was described as having black hair, brown hazel eyes and two scars: one on the back of his left arm near his elbow and one on the thumb of the same hand.

On arrival in Tasmania Thomas was given the police number 471 and described as a farm labourer, height 5’ 9 and 3/4in, aged 22 with a brown complexion, small head, black hair, oval visage, high forehead, black eyebrows, brown hazel eyes, and two scars (CON18-1-10). The first of his three conduct records (CON31-1-26) said that he had a very bad character in every respect. It goes onto list his previous offences in England: stealing fowls (the offence which led to his transportation), trespass for which he received a sentence of two months and robbing a shop which gained him a six months sentence. 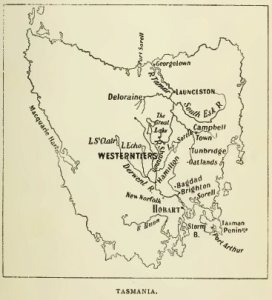 to work for free settlers who provided accommodation, food and clothing. Others though were assigned to government service and the probation system replaced the assignment system for men in 1840. Thomas started his sentence and by 8 November 1836 his conduct record (CON31-1-26) states that he had been repeatedly insolent and he was sentenced to bread and water for four days and returned to Government service; implying that perhaps he had previously been working for one of the free settlers. This offence was followed by a charge of disobedience of orders and on 17 December 1836 Thomas was sentenced to three months hard labour out of chains and then by 1837 he seemed to be part of the Spring Hill chain gang.

On 4 March 1838 he was convicted at Richmond for absconding and his transportation term was extended by one year. Thomas then committed a number of others offences which included gross insolence and refusing to work; by 22 January 1839 hard labour on the roads was confirmed with the Spring Hill party. He then committed further mis-demeanours, including being absent from his gang and neglect of duty which resulted in a number of punishments including being in chains while he worked with the Spring Hill road gang. On 18 October 1839, whilst being part of the Spring Hill road party, he absconded again and his sentence of transportation was extended by another two years with the recommendation that he “worked in chains in Port Arthur for that period”. He became part of the Port Arthur probation system on 25 October 1839 where his conduct carried on being disrespectful and he was punished with solitary confinement on at least four occasions; on 31 October 1840 he was sentenced to 25 stripes for “being in the afternoon drunk hiding a bottle in his pocket”. 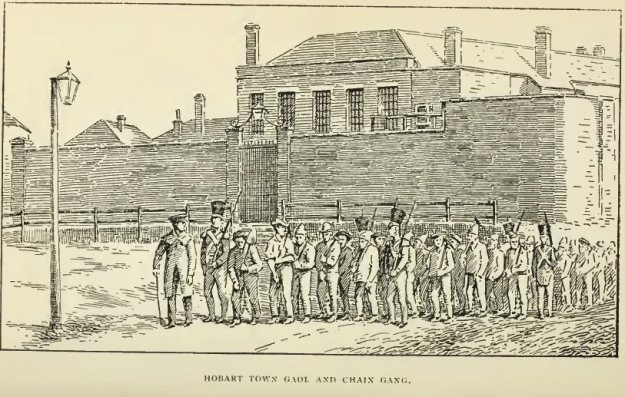 Further misdemeanours are included on his second conduct record (CON32-1-2) and Thomas continued to receive a range of punishments for idleness and disorderly conduct. On 21 December 1841 he was in a party of miners and recorded as “positively refusing to work” resulting in 12 months hard labour in chains at Port Arthur. On 23 July 1842 further misconduct meant that he was sent to back to Port Arthur. By 14 October 1843 his sentence was complete and he was “discharged to self” on 16 October 1843 and his freedom certificate issued. 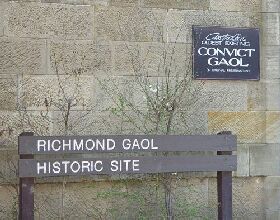 There is then a gap in Thomas’ story until 20 April 1857 when he was tried at Richmond (Tasmania) under the name of Thomas Riley and sentenced to four years penal servitude. His third conduct record (CON37-1-9) details further offences and periods of time spent either in the prisoner barracks or on public works. One example dated 28 April 1858 explains that he received a sentence of 21 days in solitary for assault and another on 24 November 1859 extended his penal servitude by six months for absconding. This sentence seems to have been completed on 6 November 1860. 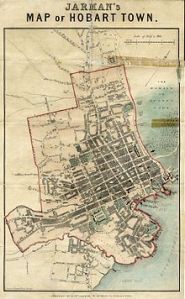 However he was in jail again by 24 October 1863; Thomas was tried in Hobart on 27 October 1863 for housebreaking and given a sentence of six years penal servitude. Again he continued to disobey orders and alternates between being in the prisoner barracks (most likely at Hobart) and carrying out public works. On 24 August 1864 Thomas was sentenced to hard labour. Even after he completed his sentence for this offence he was caught again (as Thomas Riley) for at least the following offences:

So far I have not been able to find out if Thomas married; also I am not sure if I have found the correct death record for him. This has not been an easy task as he seems to have largely used the name Thomas Riley after he was granted his freedom from his transportation sentence in 1843. The record I have found does suggest it could be Thomas, as it relates to a Thomas King who died in Hobart of approximately the correct age however, so far I haven’t been able to find any corroborating evidence. 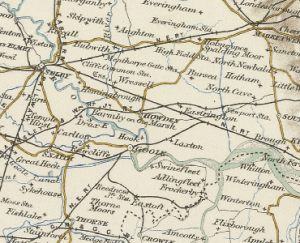 University of Portsmouth, History of Howden, in East Riding of Yorkshire and East Riding Map, A Vision of Britain through time  http://www.visionofbritain.org.uk/place/13020 Date accessed: 03rd July 2017

Thomas’s parents and four of his siblings are shown as living in Pinfold Street, Howden in the 1841 census. His parents and various members of the family continued to live there until the 1861 census. His father Thomas died in 1863 and his mother Elizabeth in 1872. His brother John, my three times great grandfather, continued to live in Howden with my three times great grandmother Mary Sarginson until his death in 1903 and Mary’s in 1902. Four of his siblings: Roseanna, Elizabeth, South and James died relatively young. Thomas’s remaining five siblings: William, Robert, Henry, George and Sarah all married and stayed in Yorkshire. Their lives were not without incident though. Robert was in Hull infirmary as a patient in the 1851 census, with his wife living as a pauper in Howden with their four children; George was in prison in Portland, Dorset at the time of the 1881 census.

Notes: I am indebted to the help provided by the Tasmanian Information and Research Centre who helped me to identify and unpick my ancestors conduct records.

Postscript: I recently bought a book on Howden by Susan Butler and Ken Powls and there on page 65 was more information about Thomas King’s offence. It seems that he committed it with someone else and would not admit to the crime. That, and a previous offence, was what led him to be sentenced and transported for stealing three chickens!