I came across the above broken headstone of Thomas’s wife Edith when I was searching for family headstones in Monk Fryston Cemetery. It does look rather sad and neglected and doesn’t seem to include his details. I started researching this family when I discovered their connection to me, as my husband and I spent the night of our marriage at Monk Fryston Hall.

Thomas, the eldest son of James Foster (1849-1929) and Ann Howden (1851-1945), was one of at least six children. He is my first cousin three times removed. Isabella Silversides, mentioned on the above family chart is my three times great grandmother.

Thomas’s date of birth was 31 December 1879 and he appeared in the 1881 and 1891 censuses living with his parents and siblings in the Cottage, Main Street, Monk Fryston. His father James’s occupation was given as an agricultural labourer in 1881 and then a railway labourer in 1891. By the 1901 census Thomas was a servant (footman domestic) at The Hall, Monk Fryston which, at the time, was owned by the Reverend Benjamin Hemsworth. The Hall remained in the Hemsworth family until after World War Two when it was sold; it opened as a hotel in 1947. 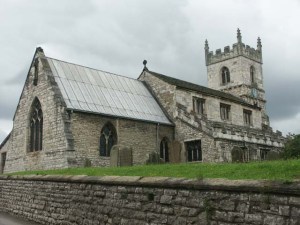 Thomas married Edith Lister on 12 June 1906 in the parish church of Monk Fryston, St Wilfrid’s. Together they had at least two children: Violet Alicia Foster (1907-1996) and William Reginald Foster (1909-2002). By the 1911 census Thomas was recorded as the butler/domestic at Monk Fryston Hall and Edith and their two children included in the entry. Their actual schedule still exists and it was interesting to see the handwriting of the person who completed it; probably Thomas did that.

Thomas did not enlist at the start of World War One. His “Short Service Attestation” form provides a record of the answers he provided to the Pontefract recruiting office before he enlisted. When he completed the form Thomas was aged 35 years and 11 months and his occupation was given as the butler at The Hall, Monk Fryston. He also took the required oath and the form was signed by Thomas and certified on 9 December 1915. It was then approved on 1 August 1916 by the attesting officer. The back of the form seems to provide a summary of Thomas’s military career; although it is difficult to read. It does indicate though that Thomas’s war service was at home, not overseas. Further information on Thomas was also found in his “Descriptive Report on Enlistment” form. It gave his height at five feet 11 ¾ inches with a chest girth, when fully expanded, of 36 inches and a range of expansion of 3 inches. The form also included information about his wife Edith, as his next of kin, and their two children. The military history sheet which is at the bottom of the form is also indistinct and only one entry can be read: home 1 August 1916 which could be the date he was mobilised.

Thomas’s service papers also included a “Medical History” form which, looks to be dated 8 July 1916, and was completed before his first posting. The form recorded his age as 36 years and seven months and that his occupation was butler. His height was given as five feet 11 ½, weight 151lbs, with a chest of 36in and a 3in expansion. By now Thomas had received four vaccinations and had his vision tested. The form also stated that he had defective teeth and two conditions which were “slight defects but not sufficient to cause rejection”; these were: “flat feet slight degree” and a “hernia controlled by a truss”. The form confirmed that, although Thomas had originally been allocated to the West Yorkshire Regiment, by the time he was mobilised he was soon posted to the 11th Training Reserve Battalion with the Regiment number 34662. There was reorganisation of the reserve infantry battalions on 1 September 1916 to form a training reserve. After his training Thomas was posted to the 4th battalion of the North Staffordshire Regiment on 26 May 1917. His regimental number changed to 46670. Thomas also gained his musketry certificate in 1917 and was rated third class.

In Thomas’s papers there is also a “Casualty Form Active Service” record detailing two incidents which took place in 1918. This form helpfully gives Thomas’s religion as Wesleyan and contains the following entries:

Entry one dated 2 May 1918 – a report received from 3rd battalion North Staffordshire Regiment. Thomas was transferred to the Royal Fusiliers and posted to the 29th London Regiment, attached to 67th division school. It also refers to the place of casualty as Wallsend with the date of casualty as 4 May 1918.

As well as the above two records there are two further entries of interest in his service papers. The first one is on his North Staffordshire Regiment conduct sheet (regimental number 46670) and gives the date of the offence as 6 May 1918 which is just after the first entry outlined above. Thomas overstayed his pass from 12 noon to 6pm and was punished by the loss of one day’s pay. The second entry of interest is on the reverse of an “A Company 29th (COL) Battalion London Regiment” conduct form, where Thomas’s regimental number was 88085. The form is stamped to certify “no entries whilst with this unit”. The place given was Clacton-on-Sea and dated 11 December 1918. 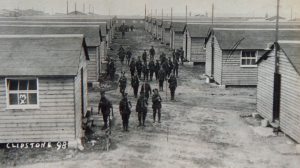 On his demobilisation Thomas was issued with a Z11 “Protection Certificate and Certificate of Identity (soldier not remaining with the colours)” which was stamped with the date 16 March 1919 and No 1 Dispersal Unit, Clipstone. Here Thomas’s regimental number was 783236 with the number 88085 crossed out. His rank was given as private with the 29th London Regiment, HQ 67th division and he received an advance of £2 plus 28 days furlough with three pending. His theatre of war or command was given as Eastern and Thomas’s medical category as Bii. His place of rejoining, in case of an emergency, was given as Crystal Palace. Thomas’s signature is on the form. He was transferred to Z class on 13 April 1919 although his record is indistinct.

There are also a couple of handwritten entries included in his service record which are difficult to read. The first note is stamped as received on 25 March 1919 when he was serving with the 29th London Regiment and it seems to refer to Thomas’s health problems, suggesting that he could continue with some form of work related to the war. The second note dated as received on 29 March 1919 from Thomas (regimental number 88085) seems to acknowledge the receipt, probably of a reply to his initial note, or perhaps his Protection Certificate. Unfortunately I haven’t found a medal card for Thomas yet.

From all the information provided in his service record I have been able to piece together the following outline of his military history: 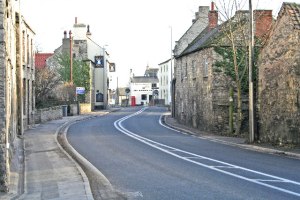 After WW1 Thomas returned to Monk Fryston and appeared in the 1919 West Yorkshire Electoral Record (1840-1962) as a military voter living at Main Street, Monk Fryston. Both Thomas and Edith then appeared in the yearly electoral returns as voters who qualified by residence until Edith’s death in 1923. From 1924 just Thomas appeared in the yearly registers until 1936. His entry in the 1939 register recorded Thomas still living in Main Street, Monk Fryston (part of the Osgoldcross registration district of the West Riding of Yorkshire) and described him as a widower and maltster’s labourer. The date of birth given on the register also tallies with his military record. In addition, on the 1939 register living in Main Street, Monk Fryston, were his widowed mother Ann and his unmarried brother John (1888-1979) who was described as a “market gardener on his own account”.

The 1939 register also gives some clues about Thomas’s two children:

After World War Two Thomas can be found in the West Yorkshire Electoral Records (1840-1962) for the years: 1946, 1947, 1949, 1950, 1951 and 1954; he was living in Selby Road, Monk Fryston, probably until his death in 1954. I didn’t specifically look for his headstone as it the one of his wife Edith which caught my attention. I do wonder though when it was broken and it is sad that it hasn’t been repaired. If you have any information about the people in this story then do please contact me.