There are very few people in my family tree that lived in 1800s that are anything other than agricultural labourers. When I started researching my grandmother Barrett’s family I realised that my three times great grandfather Michael Palframan was a tenant farmer in Hambleton, Yorkshire and that he appeared in poll books and electoral registers between 1823 and 1877.

Michael parents were John Palframan (1754-1839) and Ann Booth (1751-1831). He was born on 11 June 1792 and baptised on 12 June 1792 in the parish of Brayton, Yorkshire (wapentake of Barkston-Ash in the liberty of Pontefract). He was the fourth son of his parents and his baptismal record helpfully provides information about both his parents. His father John of Hambleton, Innholder, was the son of Michael Palframan of Pontefract, a hatter by trade, and his wife Ann, the daughter of George Faux a cordwainer. Michael’s mother Ann was the daughter of Thomas Booth of Thorne in the parish of Wakefield, a stay maker, and his wife Sarah the daughter of John Forth.

Michael was one of eight children: six boys and two girls. His sister Sarah (1788-1827) married George Ripley and died age 30. It looks like his other sister Ann (b1789) did not marry. All Michael’s brothers went on to be tenant farmers:

Thomas (1786-1858) lived in Henwick Hall farm, Burn with his wife May and six children. His rent was £50 per year. It is still a farm although not now run by the Palframan family.

William (1794-1840) lived in West Haddlesey where he was a tenant farmer paying rent of £50 per year. When William died in 1840 he left his wife Ruth, 11 children and a farm to run. The farm stayed in the family until at least 1871 where his wife Ruth was described in the census as a farmer of 150 acres. She died later that year and her son Joseph took over the farm.

Joseph (1797-1854) married twice, first to Mary with whom he had 10 children. Mary died in 1842 and later that year he married Sarah Bew a widow. In 1851 census Joseph was recorded as a farmer of 115 acres in Hambleton. After his death Sarah appeared in the 1861 census as a land proprietor.

Michael married his second wife Martha in 1835 and together they had nine children:

John (1839-1930) married twice. With his first wife, Hannah Maria Cope (1840-1868), he had one son. John; and with his second wife Martha Battman (1838-1908) had four children: two boys and two girls. John was a farmer in Brayton until at least the 1881 census. By the 1901 census he was described as an agricultural labourer living with Martha in Wistow. In the 1911 census he was a widower and retired farmer living in Scalby with his daughter Mary Louisa and her family. 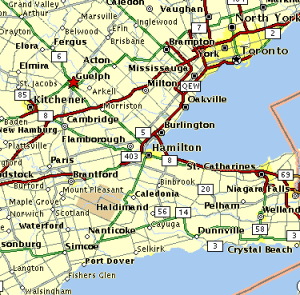 William (1841-1924) married Mary Ann Lelew (1846-1906) in 1864. By the 1871 census he was a railway clerk living in Wavertree, Lancashire with his wife and her father William Lelew a railway manager and widower. William and Mary had four children: two boys and two girls; one of whom was born when they spent time in South Africa. The family then emigrated to Canada with William probably going first in 1883 on the vessel Sardinian. He then returned to England to escort his family to Canada in 1885 where they travelled on the vessel Peruvian. The family settled in Guelph, Ontario and in the 1901 census William was recorded as a farmer.

Sarah (1845-1920) is my two times great grandmother. She married Thomas Burton (1842-1912), a labourer, in 1870 and together they had just one daughter, Charlotte, my great grandmother. By the 1911 census Thomas and Sarah were living in Manor House farm, Skipwith where Thomas was described as a farmer.

Michael (1850-1907) seems to have taken over the farm in Hambleton as he was described as a farmer and living with his mother Martha in Chapel Street, Hambleton in the 1881 census. By the 1891 census he was a farmer and grocer in Village Street, South Duffield and his sister Mary Jane was living with him. In the 1901 census he was still in South Duffield, a farmer, with his “wife” Mary Jane and his eldest sister Elizabeth Dawson. I suspect the entry for Mary Jane should have read sister not wife as I have been unable to find a marriage record for Michael.

Mary Jane (1853-1931) doesn’t seem to have married and in the 1891 census she was the housekeeper for her brother Michael in Village, Street, South Duffield, Yorkshire. She was probably also recorded with him in 1901 census but possibly erroneously as his “wife”. 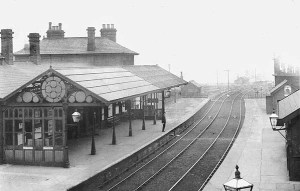 Joseph (1856-1938) married Ada Jacques (1858-1902) and they had five children: three boys and two girls. By the 1891 census Joseph was a railway check clerk in Horton, Bradford living at 98 Grafton Street. At the time of the 1911 census he was a widower living with two of his children in Skipwith and recorded as a farmer’s brother working on the farm. At this point his sister Sarah was married to Thomas Burton who farmed Manor House Farm in Skipwith.

Eliza (b1860) seems to have married twice. With her first husband William Hebden Stoker (1861-1908) she had three children: two boys and a girl. She then married Thomas Walker (b1862), a farmer, and in the 1911 census theyweare living with two of her children in The Knowle Farm, South Duffield. So far I haven’t been able to find her death record.

With regards to Michael’s farming activities, in the 1832 poll book he was shown as living in Hambleton as a tenant farmer paying rent of £50 per year. The 1840 poll book records him as an occupier of a house and land in Hambleton and the common allotments at £50 rent. Michael continued to be a tenant farmer for the rest of his life. The size of his acreage varied over the census years: in 1851 he had 114 acres, in 1861 135 acres and was employing three men and a boy. The 1871 census, taken before his death in 1877, described him as a farmer of 96 acres employing three labourers. The family were living in Chapel Street, Hambleton. After Michael’s death Martha continued to run the farm until at least the 1881 census when three of their children were still living with her: Michael, Joseph and Eliza. It is not clear what happened to the farm after 1881.