While I was researching people within the Digweed family I came across Richard Walter Vaisey. He was married to Elizabeth Tuttle (1828-1908), the sister of Mary Ann Tuttle (1837-1900), who is my two times great grandmother; Mary Ann married Thomas Digweed (1836-1910). Elizabeth is therefore my third great aunt. Another interesting feature is that the Vaisey family lived and worked in Berkshire, Oxfordshire and Wiltshire. Richard’s death was registered in Thame and in the 1891 census he was described as a farm bailiff living in Shirburn in the district of Thame. Thame is the market town we moved to after we left London. 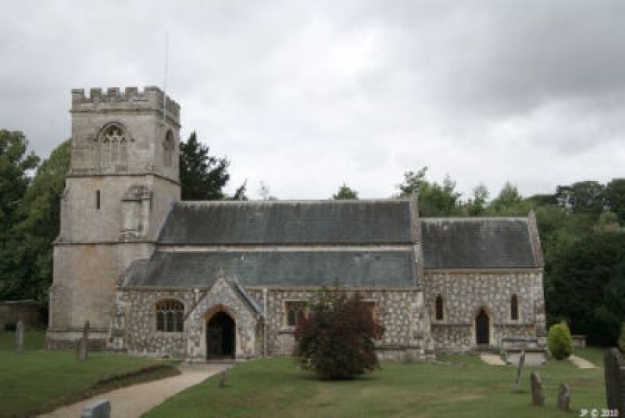 Richard was baptised on 29 September 1831 in the parish of Preshute in Wiltshire which was primarily an agricultural community at the time. His parents were Robert Vaisey (1783-1857), a farmer, and Sarah Maria Burton (1791-1873). The family were living at Clatford Farm when Richard was baptised. By the 1851 census his father Robert was recorded as a farmer of 220 acres with six labourers at Froxfield, Wiltshire. Richard had at least five other siblings: two brothers and three sisters, and he was the couple’s fourth son. More information about each of his siblings is as follows:

Thomas Burton Vaisey (1814-1864) married Margaret Cleaver (1837-1923) and they probably had just one daughter. He was shown as a corn merchant in High Street, Marlborough, Wiltshire in the 1861 census. After his death Margaret remarried.

Martha Vaisey (1816-1869) married John Cox, a bricklayer, and they had one son. By the 1851 census Martha was living with her parents and son in Froxfield, Wiltshire where she was described as a widow and an annuitant. She was still with her mother in the 1861 census.

Robert Vaisey (1819-1886) was described as a farmer in the 1859 Post Office directory for Ramsbury and as a farmer of 200 acres employing 8 labourers at Coombe Farm, Ramsbury, Wiltshire in the 1881 census. He married twice, first to Elizabeth Kimber (1829-1865) with whom he had at least five children; and then secondly to Ann Burgess Chandler (b1839).

Rebecca Vaisey (1823-1902) was the second wife of Thomas Sellwood (1829-1893) and they had at least three children. Thomas was a fellmonger and wool-stapler in the 1859 Post Office directory for Ramsbury as well as when they were living in High Street, Ramsbury in the 1891 census. 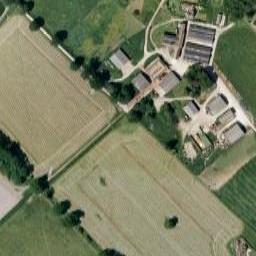 Richard Walter Vaisey married Elizabeth Tuttle  in 1855 in Hungerford, Berkshire and together they had nine children: six boys and three girls. Richard was already a farm bailiff by the time of the 1861 census and he was living with Elizabeth and four of their children at Manton (in the parish of Preshute), Wiltshire. The 1871 census shows the family’s residence was Newland, Berkshire and by 1881 they were living in Cowley, Middlesex. Richard only features in one further census; in 1891 he was still a farm bailiff living in Shirburn, Oxfordshire with his daughter Sarah. At this point his wife Elizabeth was recorded in the census with one of her sons and his family on Shirburn farm. Richard died in 1898 and his death was registered in the Thame district although it is likely that he died at Aston Rowant. His wife Elizabeth continued to live with her son Robert and his family on the Model Farm in Shirburn until her death in 1908 which was also registered in Thame.

Richard and Elizabeth’s children are all my first cousins three times removed and the following is an overview of what happened to each of them:

Sarah Maria (1855-1913) was born in Burghclere, Hampshire and did not marry. In the 1911 census she was recorded as the housekeeper for her brother Robert, the farm manager; living at the Model, Farm, Shirburn.

Richard Walter (1857-1944), the eldest son, was born in Shalbourne, Berkshire. His occupation was described as a gardener in the 1871 census when he was still living with the family in Newland, Berkshire. Richard married Patience Cooper (1848-1923) in 1880 in Cowley, Middlesex. The 1911 census shows them as having two children and living at Barnsley Park, Cirencester where Richard was a gardener domestic. This is still a large private estate with extensive gardens, including a kitchen garden, which was were possibly Richard worked. In the 1939 register Richard was a widower and retired gardener living in Coln Street, Aldwys, Northleach.

George (1862-1903) was born in Wiltshire and baptised at Bishops Cannings. He married Kate probably in about 1892 and they had two children. At the time of the 1901 census George was the publican for the Bird in Hand Inn in Knowl Hill, Berkshire. After his death Kate remarried to a neighbour in the village, Thomas Oliver, and together they remained in the Bird in Hand until at least the time of the 1911 census.

Robert (1864-1939) was born in Checkendon, Oxfordshire and married Mary Andrews (1863-1894) in 1890. They had two children and Mary died shortly after the birth of their second child. By the 1891 census Robert was the farm bailiff for the Shirburn Farm. The 1901 census recorded him as a widower and farm bailiff at the Model Farm, Shirburn. Living with him were his two daughters, sister Sarah and mother Elizabeth. In the 1911 census he was described as the farm manager for the Model Farm and his sister Sarah was his housekeeper. Both his daughters were also still at home. When he died in 1939 his address was given as Preston House, Benson, Oxfordshire.

Rebecca (1867-1937) was born in Denham, Buckinghamshire and baptised in Uxbridge, Middlesex. She married Abner Andrews (1867-1940) in 1898 and they had three children. By the time of the 1911 census the family were living in Wantage Road, Wallingford and Abner’s occupation was described as an engineer at the workhouse and working for the Board of Guardians.

Henry (1869-1949) was also born in Denham, Buckinghamshire. He married Sarah Lapper (1864-1931) in 1893 and they had two daughters. In the 1911 census the family were living at 6 St Marks Road, Maidenhead and Henry was described as a fly proprietor and employer. When he died in 1949 he was living in Maidenhead and he left about £4500; one of the beneficiaries of his will was his son-in-law.

Rather helpfully, a lot of the census records I read to help me develop this story mentioned places I was able to find out more about. For example, the Wallingford Union Workhouse in Wantage Road which, Rebecca’s husband Abner was the engineer for, was renamed the Berkshire County Council Institution in 1930. In 1948, under the new NHS, it became St Mary’s hospital and was closed in 1982 and the land sold for development in 1985. Very little of it remains to this day: perhaps just one cellar under a church building which is on the old site.

In contrast, the Bird in Hand Inn, Knowl Hill still operates as a pub. It is a 14th century inn which is now run by Wadworth’s and is close to Reading where I studied at university, although I don’t remember ever visiting it.

Farming also plays a key part in the life of the Vaisey family. Robert farmed land in Clatford and  Froxfield, Wiltshire and his son Robert in Coombe Farm, Ramsbury. Richard became a farm bailiff and his son Robert too became a farm bailiff and then farm manager for the Model Farm, Shirburn, Oxfordshire which is part of the Shirburn Castle estate, the seat of the Earl of Macclesfield, and less than ten miles from where I now live.